Central Consolidated is the leading innovator in design-build contracting, specializing in mechanical, fire protection, and metal fabrication projects. Through teamwork, dedication, and outstanding quality, we are building a path of long-term growth and profitability for the benefit of our customers, employees, and company. 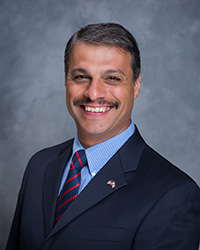 Joe has been with Central Consolidated since 1992. He started as a Project Engineer and has served as our President since 2001. His leadership is only one of the ways Joe contributes to Central. He serves as our primary Engineer, aids estimating and sales and has even helped with marketing, just to name a few. Joe is active in many industry associations including: Mechanical & Sheet Metal Contractors of Kansas, The Associated General Contractors of Kansas, and Sheet Metal & Air Conditioning Contractors’ National Association.

Jack is the leader of the Finance and Administrative Staff and oversees all financial aspects of Central Consolidated.  He received his MBA from Wichita State University and is involved with Central’s Strategic Planning efforts as well.  Jack is a member of the Construction Financial Management Association.

Troy has been working with Central Consolidated since April of 2019, having held the positions of Service Salesman and currently Service Manager of our Mechanical Division. His experience includes over 25 years in the service industry and before working with Central, Troy has previously held the title of Maintenance Supervisor and Service Manager.

Randy began his Fire Sprinkler career in 1976, working in the fabrication shop in Tulsa, Oklahoma. A year later he decided to expand his strengths and accepted a position as a gas welder in Harlan, Iowa. In 1981 he began working as an Apprentice in the Fire Sprinkler Trade in San Diego, California and has continued in the trade working his way through all aspects of the sprinkler business to his current position of Construction Manager. Randy shares his sprinkler heritage with three generations. Alex has been working at Central Consolidated since June of 2019 as our Chief Mechanical Estimator. Alex graduated with a Bachelor of Science in Construction Management from Pittsburg State University in 2017 and worked for a general contractor where he performed layout and built 3D models for site work. His primary responsibilities at Central include client relationships, employee development, evaluating the estimating program, budgeting current and upcoming projects, and supporting the company’s vision.

Steve first began working at Central Consolidated in 1995, having held positions from Apprentice, Journeyman and Field Foreman to his current position as an Estimator. During Steve’s 24 years in the sheet metal industry, his responsibilities have included manpower, training, budgeting, Project Manager and Safety Director. 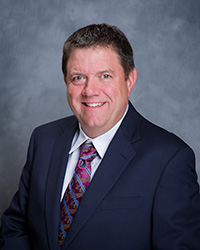 Scott has been with Central Consolidated for more than 30 years, starting in the field and now managing some of our most important work. Scott is part of the backbone that has made Central what it is today. He manages ongoing work at our customers like Beechcraft and Spirit as well as overseeing construction projects like the Dustrol Paint Building and NCRA Alky Control Building. 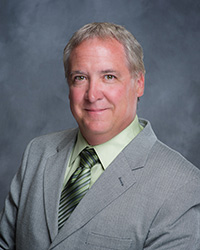 Bill has been with Central Consolidated for more than 30 years. He manages a significant number of projects for Central, including our work with Cessna and a large number of construction projects in Western Kansas.

James began working with Central Consolidated in 2007, having held positions from Sheet Metal Field Foreman and Superintendent to his current position as a Project Manager. His experience includes over 29 years in the Sheet Metal industry. James specializes in the healthcare industry. Jonah began interning at Central Consolidated in May of 2018. He started full time in June of 2020 as a Project Engineer and currently holds the position of Mechanical Project Manager. Jonah graduated with a Bachelor of Science in Construction Management from Pittsburg State University in 2020. His primary responsibilities at Central include client relationships, equipment and material procurement, estimating, and managing field personnel. Wesley Medical Center is one of Jonah’s major accounts.

Bob began working at Central as a Sheet Metal Apprentice in 1990, and has spent the last several years in the field overseeing some of our largest projects as a Sheet Metal Foreman. In 2016, Bob joined the Project Management team and is also our Sheet Metal Superintendent.

Dusty has been working with Central Consolidated since 2006, having held positions from Foreman and Job Superintendent to his current position as Piping General Superintendent. His experience includes over 23 years in the piping industry. He is currently part of Local Union 441. Vincent began working at Central Consolidated in January of 2022 as a Project Engineer. He served in the United States Marine Corps, being the first one in his family to join in the military. Before his career at Central, Vincent worked for eight years as a Project Manager and Area Manager overseeing scaffold, insulation and abatement services. Dale began working at Central Consolidated in 2014, having held the position of Account Manager. His experience includes over 28 years in the heating and air conditioning field with an extensive background in troubleshooting electrical and control issues along with repair and customer service. Dale’s responsibilities include handling the estimation, sales and maintenance for commercial refrigeration, boilers, computer rooms and supporting equipment. Alan began working at Central Consolidated in May of 2020, having held the position of Account Manager. He is a Certified Energy Manager and HVAC expert with more than 42 years of experience. With his extensive HVAC background combined with his years in facility management and energy controls, he brings a well-rounded perspective to the HVAC and energy management field. Throughout his long career he has had extensive hands-on experience with pneumatic, electro-mechanical and DDC controls. Besides his Certified Energy Manager certification, Alan currently holds numerous HVAC Master’s licenses in various sub-divisions throughout the State of Kansas.

Lyman has been with Central Consolidated since 1990, having held positions from service technician to VP of Service. His experience and responsibilities have been in the HVAC and plumbing service and installation arena. His responsibilities also include account management, new account development, service estimation, HVAC service and maintenance contracts. Above all, Lyman proves again and again that Central’s customers come first. 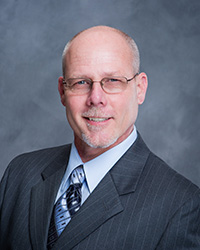 Chris is Central’s longest serving employee. He has been working here for over 40 years. He started out sweeping the floors in our steel shop and has now run the shop for several decades (although, I have seen him sweep up recently). Chris’s passion is for custom work. If you need it made of metal, he and our shop can make it, from giant tanks to small brackets.

Wade has been in the Fire Sprinkler Trade since 2000 beginning in Minneapolis, Minnesota as an Apprentice in the Local 417. He became a Foreman in 2005 while working as a Service Tech so that he could better serve his customers. Wade enjoys building strong relationships with his customers while providing them with his quality expertise by completing their inspections and serving the fire sprinkler equipment. Wade moved to Wichita in 2011, and joined Central Consolidated in August of 2016 where he has continued to advance in his career. In January of 2017, he was promoted to Service Manager for our Fire Sprinkler Division and we are happy to have him as a part of our team! Scott has been working at Central Consolidated since August of 2020, having held the position of Project Manager in the Fire Protection Division. His experience includes over four years in fire sprinkler management. Scott’s responsibilities include overseeing manpower and jobsites, managing customer relations and performing administrative functions.